Fear And The Twinkie Effect 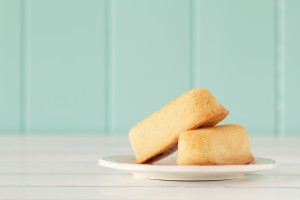 Actually, I’m more of a Little Debbie Nutty Bar fan. But then I always was a little different from the other kids.

Still, you had to admire the Twinkie, even if you wouldn’t choose it from the snack shelf at the 7-Eleven. Rumors were, the Twinkie could survive a nuclear holocaust, outlive the cockroaches, that sort of thing. Impressive.

But last year, as we read headlines like “Twinkie, Where Art Thou?, “Requiem For The Twinkie,” “Twinkie’s Last Stand” and “Twinkie R.I.P,” it appeared the Twinkie might be in real peril.

True Twinkie fans stockpiled entire cases of the product in order to insure their own lifetime supply; others, more capitalistically inclined, reoffered the product for sale on eBay for anywhere from several hundred thousand to several million dollars.

I am not making any of this up, people. Call it the Twinkie Effect.

Crisis Averted . . . This Time
Much to our relief, it turns out the report of Hostess’s death was, like Mark Twain’s, greatly exaggerated. And so it appears that Ding Dongs, Ho Hos, Sno Balls, Suzy Qs and, yes, the iconic Twinkie, are probably safe for the time being.

But what was all this Twinkie hoopla and panic about, exactly? What does our inclination to stockpile Hostess products say about us as people, as a culture?

Does the country, as a whole, suffer from a wicked carb addiction? Or are we nostalgic for simpler times? Maybe.

Or maybe it’s that we’re afraid.

I Am Definitely Afraid of A Lot of Things
After all, there’s a lot to be afraid of out there: global warming and terrorists, swine flues and home invasions, the possibility of an economic or government collapse, and troubled gunmen opening fire on our community spaces or our child’s school.

Don’t get me wrong. I don’t really think we believe, somewhere in the depths of our reptilian brain, that these highly caloric, spongy snacks will come in handy during the next environmental or geopolitical crisis. I don’t think our actions are quite so rational or purposeful.

Yet I do believe there is a connection between our fears and our hoarding behavior. I believe this because it’s true in my own life.

Faced with real fear, and with the nagging sense that I don’t actually have much control over things, I – along with many others – default to the individualistic, insular response of protecting myself from, stockpiling against.

And I convince myself I am behaving rationally, responsibly, when I am really just operating out of a barely controlled panic, running for cover and pulling all of my various parts and supplies into my house like a turtle withdrawing into its shell.

And I think that maybe, just maybe, I am protected, safe. But I am still so very vulnerable. And I believe that I am in control of my fear. But, really, my fear is controlling me.

Most importantly, not only does hoarding Hostess products, milk and eggs or firearms not protect me from the threats I fear, but the act of hoarding, because it is, at its core, a selfish and insular response, actually separates me from the rest of the world, from the people and systems that might actually be able to help me figure things out. 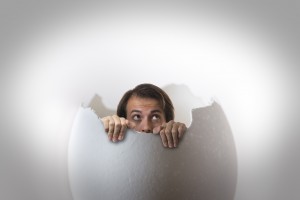 Coming Out Of Our Shell
In the words of Franklin D. Roosevelt: “. . . the only thing we have to fear is fear itself – nameless, unreasoning, unjustified terror which paralyzes needed efforts to convert retreat into advance.”

The key here, I think, is to accept that life is scary, and live in the tension that the presence of real risk presents for us. To feel the fear, but be determined to live a full, expansive and generous life anyway, to come out of our shells, to advance instead of retreat. And to respond to our fear about a world that seems increasingly more and more out of our control, not by being individualistic and reclusive, but by being communal and expansive.

Maybe, just maybe, if we can manage to so these things, and to not value our own survival above all else, we will, finally and collectively, not have to be so afraid.

And, if this post got you thinking, you might also want to check out Making the Table Bigger or The Importance of Making Room.

This entry was posted in Community and tagged anxiety, community, handling fear, stress. Bookmark the permalink.