Or Is Staying Together Perhaps the Harder Thing? 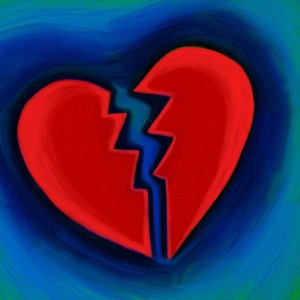 On a recent morning run through a local park, I encountered a young man talking – yelling and sobbing, really – into a cell phone pressed tightly to his ear.  He was so distraught that even in the open space of the park I actually heard him before I saw him: “How could you do this to me?,” “Fine, go ahead, be like everybody else!,” and every now and then a woman’s name. I heard the woman too, surprisingly clearly through the cell phone earpiece many feet away from me. She was also yelling, sounding as anguished and distraught as the young man. As the path of my run took me closer to the young man, I could hear more of his conversation, and see that his eyes were red and puffy, that he was sobbing as if his heart would break.  He was a mess. He was hurting.

They were breaking up.

Later that day, after I told my husband about this encounter, he and I thought back to the relationships we each had before we met each other, and we noticed the pattern. The new, exciting feelings of interest and attraction. The getting to know each other, learning each other’s history, dreams, quirks. Then the inevitable slide down to the break-up that, even in the best of circumstances, was messy and hurt someone.

Then . . . in our case, the relationship didn’t end. Hmm. Why was that, exactly?

We are fallible human beings, after all, and over the many years we have been together we have managed to let each other down on MANY occasions, sometimes spectacularly. We have fought, we have drawn apart, we have yelled in anger, we have sulked in silence. One time, early in our relationship, we even “took a break,” that lovely euphemism for “this relationship thing might be too hard for me.” But we never actually broke up.

We agree that it has seemed much of the time as if it is our relationship itself that has been the defining factor in our ability to stay together. You know the feeling, that THIS relationship is somehow special, that you have found your soul mate. We, too, have felt this way about our partnership, both early on and over the years as we have watched many friends lose the fight to hold on to their relationships over time.

Almost 30 years into the relationship, however, we have come to believe that on some level the success of the thing has been due not just to whom we stayed with, but to the simple fact that we stayed, we committed to remaining in the game, not only on those days we were exhilarated, when we felt like soul mates, but also on the sad days during which the relationship was difficult, when it was boring, when it seemed that going might be easier than staying.

Even on those days, we committed to the harder choice – not breaking up. And this commitment then informed the way we spoke and acted, such that we were able to reengage with each other in a more positive way and work out the problem before us. The commitment, then, made (and continues to make) all the difference.

Of course, not every relationship is a healthy one. There are circumstances under which two people should just not stay together (when there is ongoing abuse, for instance). And a commitment to stay together isn’t the only factor that helps a healthy relationship survive. Gentle communication, a desire to compromise, taking the time to really know each other’s values and dreams – we know all of these things are important. But none of these other efforts are even possible unless we take that first step, make that first commitment to not. break. up.

I don’t know what finally happened between that young man and his girlfriend. Clearly, this was one of their more difficult days as a couple, and it was going to take a lot of work, and perhaps more tears, for them to get past this crisis in their relationship. But, given their strong feelings for each other, I like to think they worked it out one more time.

I like to think that they considered breaking up, and then chose the other, harder, thing . . . and didn’t.

5 Responses to Is Breaking Up Really Hard To Do?