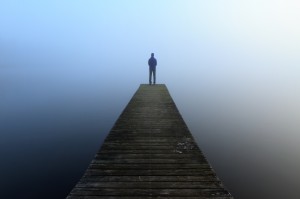 “Emptiness, which is conceptually liable to be mistaken for sheer nothingness, is in fact the reservoir of infinite possibilities.”
– D.T. Suzuki

I’ve been thinking a lot about change lately.

This is partly because I encounter change each day in my work as a psychotherapist.  Most of my clients, as you might suspect, enter therapy because they are not content with the way their lives are going now, and want to make a change.  And so a big part of our work together involves envisioning, preparing for, and navigating through transitions and course corrections that will move them closer to who and where they want to be in the world.

But, lately, change has also been on my mind in a more personal way.  Last summer, my husband accepted a new position in his field, a move that, while completely voluntary and potentially life-giving for both of us, led to the immediate and complete upheaval of our personal and professional lives.  Get this – in the course of one month my husband and I both quit good jobs, saw our second and youngest child off to college (and so became empty-nesters), moved to a new home halfway across the country, and initiated new careers and friendships in a radically different community.  Whew!  Makes me tired just thinking about it.

Change comes in many forms. Some changes are small, gentle bends in the road; some are big, major life transitions.  Some changes we choose for ourselves; others are thrust on us by outside forces.  But regardless of the size of or impetus for the change, or even whether we view it as positive or negative, the act of changing is usually . . . well . . . hard.  I can attest to this truth in my own situation, because the fact that my husband and I chose to take on these big transitions did not make them any easier to navigate.

Researchers in a variety of professions have tried to help us out with change by developing models of the change process, each one designed to motivate and guide us through a transition by breaking it down into identifiable, achievable stages.  Though arising out of different professional orientations, most of these models agree on an early stage during which we are not yet changing, but in which we recognize that the old way is not working or is no longer available, and begin to contemplate what will be required of us as we begin to move toward the change we envision.  Prochaska, DiClemente and Norcross (1992) call this early stage “Contemplation,” proposing that a person at this moment in the change process exhibits the following:  awareness (that a problem exists), thoughtfulness (about the possibility of change) and indecisiveness (about whether or not to take the next step).  To this list of mental states I would add one more – emptiness. 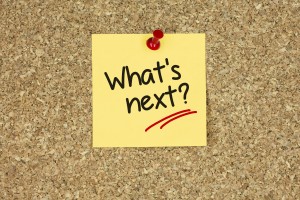 What I’m thinking is that while we are parked in this early, preparatory stage we are living in an in-between place, with one foot in the old way and one in the new, straddling, but not really in, either place.  We are of both worlds, but also of neither.  And so, if we truly want to move on to the next stage, what I believe is required of us during this liminal time is that we be willing to truly and completely let go of the old, becoming purposefully and totally empty for a time, so that we can, in due course, be filled with the new.

Last summer, the moment after we dropped my eldest child off at her college (we had said our tearful good-byes to our youngest at his school the weekend before), as we were just pointing our Saturn west to start the long drive across the country to our new home, I found that I suddenly felt completely, overwhelmingly, empty.

Our house had been sold and our belongings packed on a truck headed for the Midwest.  I had quit my job, left my kids in their respective colleges, and was about to leave the friends and familiar spaces of the rural village that had been my home for the last nine years.  And, although I cognitively knew that the next thing was there, just over the horizon, I did not feel like it was in my reach just yet.  I felt empty, untethered.

So, another observation – this in-between kind of emptiness can feel downright scary.  In my world, embracing emptiness meant I was giving up both affiliation with familiar assumptions and patterns, and a certain amount of control (which is like oxygen to me, but that’s another blog post).  And in letting go of all of this, I felt naked, insubstantial, and more than a little bereft.

But as scary as it is, emptiness turned on its head is, in reality, a kind of freedom, in that it offers the possibility of a new way.  The problem is, the new thing doesn’t have a place to grow unless we make room for it, provide a quiet, empty space in which it can curl up, settle in and get comfortable.

My own feeling of emptiness, of being in-between, stayed with me for a long time, longer than it took for us to drive to the Midwest, move in our belongings and begin to think about what was next.  So of course I was impatient, uncomfortable with the void, and just itching to either let familiar work and relationship patterns rush back in or, alternately, hurriedly fill the space with a “quick-fix” new thing, a thing that might feel pretty good (because it was something, for heaven’s sake!), but may not, in fact, have be the right thing.

Lucky for me, a wise friend cautioned against moving ahead too quickly, suggesting instead that I be radically patient, staying in this empty, transitional, and slightly scary, space for as long as it took me to do the work, to hear the clear voice of the future.  Although this was initially VERY difficult for me, I eventually found that this posture of waiting could, if I tried really hard, be a counterpoint to the pull of the familiar and the need to act, to DO something. 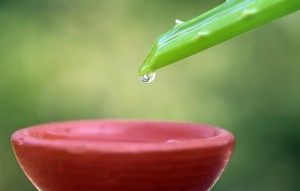 I found that in the context of emptiness it was possible for the various voices in my head to have a conversation about what was next.  And what came next for me (this practice and blog, for example!) was new and somewhat unexpected.  And, can I just say, it was totally worth the wait.

So, the next time you are contemplating change (whether of your own volition or someone else’s), don’t be afraid to clear out the old stuff and allow the emptiness to find you.  Embrace the silence, even as you feel called to fill it.  And in this silent, empty place, however small and tentative, you might find that your inner compass has room to point you in an entirely new direction, to create a new and unexpected thing.

And it will be totally worth the wait.

This entry was posted in The Change Process. Bookmark the permalink.