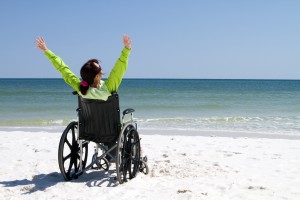 Ring the bells that still can ring.
Forget your perfect offering.
There is a crack in everything.
That’s how the light gets in.
Leonard Cohen, Anthem

A Boy
Benjamin Snow showed a talent for mimicry at an early age. His parents first noticed this ability when Benjamin began copying the British voice of Ringo Starr in Ringo’s rather bizarre incarnation as the narrator of Benjamin’s favorite childhood show, “Thomas, the Tank Engine.” As he grew, Benjamin’s exploration of his ability led him to seek out new creative endeavors: acting classes, performing on stage, playwriting and, finally, filmmaking.

Benjamin is now 25, and has already offered much to the planet during his relatively short time on it. He holds a Bachelor’s degree in Interdisciplinary Studies, is beginning to work toward a Master’s degree, is an award-winning filmmaker, published author, sought-after presenter and advocate, and is active in local politics.

Oh, and Benjamin Snow has cerebral palsy and requires a motorized wheelchair and voice recognition software to function in the world. 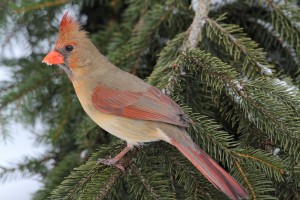 I have always maintained backyard bird feeders. Over time, although I have appreciated all of my avian visitors, the cardinals have always been my favorite. I like their wild red plumage, the fact that they travel in pairs, their beautiful song, both ethereal and familiar at the same time, and their persistence in my yard and at my feeder, even in the winter.

One particularly persistent cardinal stands out in my mind today. On a recent morning, as I was enjoying my coffee and paper on the patio, I noticed a female cardinal perched on the tall wooden fence that surrounds my backyard, and saw that she was wobbly, off-balance. Looking closer, I could see she was perched on only one leg, and that the other hung down loosely, and at an odd angle from her body. Clearly, she was . . . well . . . broken. But she was not a young chick, newly out of the nest. She was a full-grown bird with a mate hovering nearby. Moreover, as she later left the fence for my feeder, I saw that she could both fly and forage.

Living With Disability
The challenges posed by severe physical and cognitive disabilities are very real, and the efforts required to overcome them shouldn’t be taken lightly. But it is clear to me from my own experience that we all have disabilities, a brokenness of one kind or another, and not all of our disabilities are as outwardly visible as those of Benjamin Snow or my backyard cardinal.

Many of us have troubling emotional scars from past abuse, persistent social anxiety that limits our physical space, or a low mood that holds us back from being the stunningly wonderful people that we are. I can feel many of you nodding your heads in agreement out there, so I know that you know from direct experience that these disabilities, while not always visible to others, nonetheless have the potential to severely limit our lives.

If we let them.

Regardless of the nature of our own brokenness, I’m convinced that how we choose to think about it affects our experience of it as debilitating or not. We can choose to only notice the limitations imposed by our disability, or we can take stock of both our challenges and our gifts, look for the light coming through the cracks of our brokenness, and follow this light to its productive and creative ends.

Back to my cardinal for a moment. Unburdened by the often-constraining human inclination to label and classify, the natural world is freer to move on from its brokenness, and improvise and create in order to get the job of living done. So my mama cardinal is clearly pretty disabled, but is functioning well anyway, having learned how to balance out the weakness of a kinky leg with the determined use of her very real strengths.

I have also noticed that some trees, in a kind of slow-motion balancing act, will change the direction of a pre-existing branch, or perhaps create a completely new branch in a place where one was not previously planned, in order to balance out the loss of an important one on the opposite side. A magnificent act of creation, with its origin rooted in a disability.

And, on a farm in New Hampshire, a blind Quarter Horse named Cash has learned how to carry and take directions from a rider, use a zipper and sneak under a fence to eat the grass on the other side. Unaware that other horses have sight, and brought up by people who made the most of his naturally curious and trusting nature, he doesn’t know he’s lacking anything and so lives a full and productive life.

My guess is that Benjamin Snow was also brought up in this fashion. And we know that there are many other brave, creative humans who have moved beyond and through the cracks of a less visible brokenness to both imagine and create a life of amazing accomplishments. You may be familiar with some of them:

Well, then. If a young boy and small bird can do it, so can we. We can, following their examples and others from both the natural and human world, move beyond our brokenness, welcome the light that comes through our many cracks, and use it to make our always imperfect, but beautifully creative, offering to the world.

——————————————-
Please consider offering your own stories of moving beyond brokenness by commenting below. And you can read more about Benjamin Snow and the animals at Rolling Dog Farm at these links.

This entry was posted in Self Esteem. Bookmark the permalink.

2 Responses to Beyond Brokenness – Living With Disability