The Gift Of A Long-Term Partnership 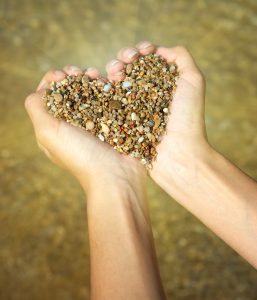 So I was on my way home from an educational conference, waiting in line at the Starbucks in the North Satellite terminal at SEA-TAC.

The food area – in fact the entire terminal – was quite crowded, and the long Starbucks line was packed with customers on their way to and from who-knows-where. Various levels of travel anxiety were palpable in the air.

After a surprisingly short wait (you go, baristas!), I worked my way down to that coveted “next in line” status and waited patiently behind the customers currently completing their transactions.

As I was waiting, a youngish man in a sharp suit moved quickly to one of the registers in front of me as the previous customer moved away. I immediately blew an internal gasket, thinking “The nerve! Who does he think he is, butting in line? We’re all in a hurry here” (G-rated version). Then, after only a millisecond of thought as to where this might lead, I tapped the man on the shoulder spoke up.

Him (shrugging his shoulders and adopting a defensive tone): “She (pointing to the barista at his register who seemed only mildly aware of our conversation) pointed at me to come forward. And, yes, my flight is leaving right now.”

Me (unimpressed with his explanation): “Even so, it would’ve been polite to gesture to me and defer to my place in line. Thanks a lot.”

Me (fairly reeking with contempt): “Fine. Thanks for apologizing at least.”

The young man then proceeded to complete his transaction and then . . . wait for it . . . gave the barista a five dollar bill, gestured for me to come forward, and told her to put his money toward “whatever she would like” (“she” meaning me). He then turned to me, looked me straight in the eyes, and apologized again. And this time he really seemed to mean it.

At this point I should be feeling pretty vindicated right? After all, I stood up for myself, and doing so had led to this man checking his own behavior. Score one for the social police!

But here’s the thing. While he was completing his order, I had noticed that I had actually been standing in the wrong place (behind a customer at one of the registers, but no longer in the general line). And so the baristas had continued to overlook me, gesturing for each next person in the real line to move forward while I waited behind this one, slow customer.

Embarrassed, by both my mistake and the man’s sincerity (it’s hard to keep feeling justifiably angry when the other guy is doing the right thing and it turns out you’re the one who’s been an asshat), I declined his gift, noting my mistake. But the man insisted, apologized again, and moved off to wait for his coffee.

I somehow managed to thank the man and complete my order, and then got very serious at the coffee fixins station so I wouldn’t have to meet his gaze as we both waited for our coffee. Awkward doesn’t describe it. I was embarrassed and ashamed, and wanted very badly for a crack in the floor to open up and suck me in.

And I suddenly missed my husband.

Why? Because not only would he NOT have jumped right to blame and criticism in this situation (that’s just the way he rolls), but I also would have been less likely to do so in his presence.

You see, the proximity of my husband’s calm demeanor would have reminded me that there was another – less impulsive, less righteously indignant – way of looking at the situation, and another way of responding that might have left more room for the moment of grace that eventually occurred. 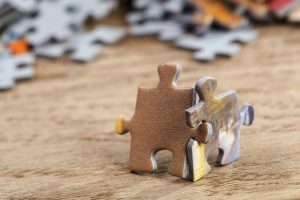 The truth is, my husband and I both influence each other in positive ways. He softens my rough edges, and I rough his up a bit. And in doing these things, we each call the other to be a better person.

Bam. The gift of a long-term, partnership.

2 Responses to The Gift Of A Long-Term Partnership