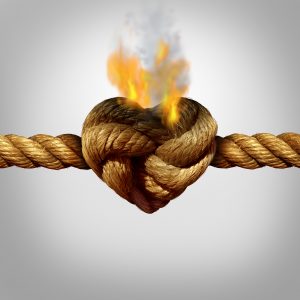 Okay, we’re gonna take on a big topic here, so gird your loins.

Reliable statistics on affairs are understandably hard to come by (would YOU tell that truth on a survey?), but most point to the rate of infidelity having remained pretty constant over last two decades – around 21% for married men and between 10-15% for married women.

A conservative estimate is that one third of all marriages will experience infidelity at some point over the course of the relationship.

So. This is happening.

And it looks like it’s happening both in marriages that are in trouble in other ways and in those that are mostly okay. A study by biological anthropologist Dr. Helen Fisher found that 56 percent of men and 34 percent of women who’d had affairs claimed to be “happy” or “very happy” in their marriages.

So not only are affairs happening, folks, but it seems likely that we might not always be able to predict when and where. That’s a little scary, I think.

Feedback I’ve received lately reveals that most of you agree that the work of keeping a relationship strong is not for the faint of heart. And many of you also seem to believe, as I do, that strong, healthy partnerships can overcome a myriad of relationship problems – some pesky, some more significant – and arrive on the other side of the healing journey even healthier and stronger than before.

But what about a marriage that has been rocked by an affair? What do you do if your partner has betrayed your trust in this highly intimate, extremely hurtful way? What then?

I expect many of us would feel quite morally justified in ending a relationship in which our partner had been unfaithful, and I expect many more of us would support, even applaud, a friend or family member who took this definitive step.

After all, we’re pretty quick to vilify people who choose to remain in a marriage after an affair. Look at Beyonce after Lemonade, or Hillary Clinton after Monica Lewinsky, et al.

Now, there are more than a few unattractive forces at work in the feelings we have about these cases (moral superiority and judgment, victim shaming . . . ), but I think that, at the heart of it all, when we insist that these women shouldn’t have stayed with their partner, what we are really saying is that, putting ourselves in their shoes, we can’t imagine how WE could have decided to stay. 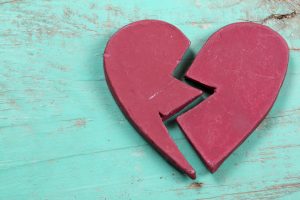 In the end, we just don’t hold out much hope, or tolerance, for a relationship in which there has been such a betrayal. We really believe, on some level, that we can’t survive an affair.

If you’re someone who feels this way, I can’t say that I blame you. Because a partner engaging in an affair – whether emotional, physical or both – has got to be one of the most devastating experiences a person can go through. And even if a marriage could survive an affair, could the resulting relationship ever be truly fulfilling? How does a relationship recover from something like that? It makes sense that we default to throwing in the towel.

But here’s the thing. The research turns out to be in favor of the ones who stay.

The surprising reality is that most marriages recover from an affair. Peggy Vaughan, a San Diego researcher, surveyed 1,083 people and found 76% of those whose spouses had affairs were still married and living with the spouse.

Now that figure may be a bit high, as respondents were self-selecting visitors to Vaughan’s affair resources website. But affair recovery estimates from a sampling of marriage therapists are in the 30-80% range, which puts the likelihood of recovery from an affair right in line with recovery from other relationship problems (the current divorce rate is estimated to be around 40-50%).

And still more research supports the conclusion that an affair does not have to be a deal-breaker. In the older couples studied by relationship researcher Karl Pillemer, “A single episode of infidelity was not considered to be an automatic end” to the relationship.

So what do these couples know that we don’t?

Well, are you sitting down?

The truly mind-blowing reality is that many couples who’ve successfully recovered from an affair actually experience their relationship as closer and more satisfying than it was before. Moreover, some outcome studies even indicate that couples who save their marriage after infidelity report the highest satisfaction levels of their mutual history. For these couples, as Esther Perel notes: “. . . the affair becomes a transformational experience and catalyst for renewal and change.”

But the reality is that the effect of an affair on a marriage doesn’t have to be negative; it can, and often is, either neutral or positive. And as is often the case, the defining factor is the strength of the couple’s commitment to work on the issue together and remain in the marriage.

So. There’s hope. A lot of hope, actually. But if you’re someone who’s experienced infidelity in your marriage, what exactly do you do? How do you even begin to work on this issue?

First, find a good couples therapist. As Alexander Dumas wisely notes, “The bonds of wedlock are so heavy that it takes two to carry them, sometimes three.”

Second, settle in for the long haul. Because healing from something like this takes time. It can take several months just to get over the initial shock of the revelation of an affair, and full recovery and healing can sometimes take several years.

Third, commit to engaging in the following difficult tasks as you move toward healing and hope:

If you were the unfaithful partner, you must be prepared to:

If you were the deceived partner, you must be prepared to: 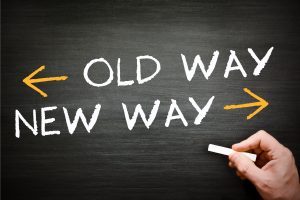 And together, you both must eventually:

I know I’m forever saying that relationships are hard work, but this . . . this work is REALLY hard. Relationship Boot Camp hard.

So, yes. Hard work. But, again, (say it with me now) it’s hard work that is totally, completely, worth it.

And I can also promise you that if you do these things and your marriage recovers, your relationship can actually do more than survive . . . It can THRIVE.

Please contribute a comment below if this post has you thinking about this issue in a different way. And for those of you who are personally experiencing the pain of infidelity right now, I hope you will reach out to me here for more information on finding wise counsel to help you on this difficult journey. I may not be the right person for you, but I promise to help you find that person if I can.