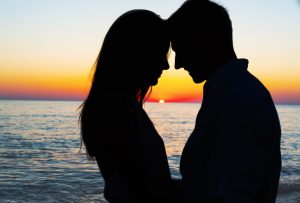 This “falling in love” myth is the Disney promise, right? The one we cut our romantic teeth on when we were young.

There is a One True Love out there for everyone, so I will find mine and, after falling in love with each other (obviously) and outsmarting the modern-day equivalent of a wicked witch or two, we will live happily every after in wedded bliss.

I have good news and bad news here.

I hate to break it to all of you romantics out there (because I’m a member of the tribe), but the truth is there are several special someones, multiple True Loves, out there for each of us. In fact, you will likely feel that same “falling in love” feeling with more than one person in your lifetime. (This will be a little startling if you’re married to a different person when it happens.)

Because it’s all about the biology, baby. Hormones and neurotransmitters.

Dr. Julie Holland, a psychiatrist in private practice in New York City, puts it this way in her book Moody Bitches: “Falling in love is the neural mechanism of mate selection.”

But she’s spot on. Attraction is as much a physical process as an emotional one. As Holland goes on to explain, multiple neurotransmitters and hormones (like dopamine, norepinephrine, oxytocin and testosterone) all collude in the beginning of a relationship to create both the sensation of initial attraction and that euphoric “falling in love” feeling.

But eventually, as Holland notes, the chemistry of attraction changes over time, becoming calmer and less intense, because “the reward circuitry isn’t firing, and the frontal lobes are fully online, so rational thought wins out over emotional upheaval, due to normalized serotonin levels.”

Which is science-speak for “I’ve lost that lovin’ feeling.”

So, wait. There are actually tons of people out there that you could be happily married to, and your initial passion will most likely eventually wane, regardless of which handsome prince or beautiful princess you choose. So what’s the good news? 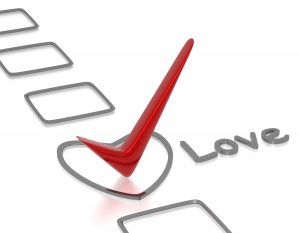 It’s this. Once we have chosen a One True Love, we are given the delightful opportunity to choose this same person again and again and again. And it’s this rechoosing – this reclaiming of our love day after day, spat after spat, through sleepless baby nights and meno/manopausal changes – that is, in and of itself, True Love at work.

And this True Love is the type of love that doesn’t depend on, and so is not at the mercy of, high dopamine and norepinephrine levels.

In the end, long-term committed love is, as Stephen Covey coined and John Mayer croons, a verb. Not an emotional state. A verb that will, in fact, conquer all.

(By the way, another marriage myth is that the first years are the best. I’ll bust that myth in a future post!)

All of you happily married (or committed) people out there – let us know in your comments below all the ways you’ve rechosen your partner over time. And check out a few more of my Hitch Fix blog posts if you’re interested in reading about both the challenges and awesome gifts of long-term committed partnerships.

This entry was posted in Hitch Fix, marriage myths. Bookmark the permalink.