“That’s Mine; You Have Yours.” – Why You Should Do You 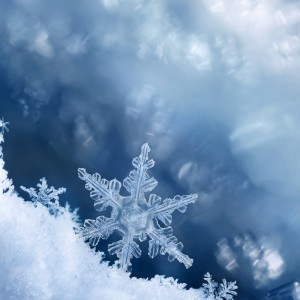 Snowflakes are falling outside my window as I write this, big and little ones together, and I can’t take my eyes off of them. Most of the flakes are gliding on the wind at the same diagonal angle, like the “from the heart” pattern on an English rep tie. And when a more horizontal wind picks up, they all go that way too, the whole group moving in the same pattern, all in fluffy lockstep.

Occasionally, however, there is one little rebel flake that takes a different path, a twisting, turning, zigzag line, exhibiting – in a rather bold expression of independence – an absolute refusal to go along. “Do you, little snowflake,” I think to myself as I watch this rebel do its thing.

Lessons From My Daughter
The toddler years can be trying ones, can’t they? Willfulness added to boundless energy and shaken with a bit of emotional reactivity; it’s a potent cocktail that can put us right over the edge on some days, and not in a good way. Turns out there’s a reason we call them the terrible twos, the traumatic threes and the fearsome fours. (Okay, I just made that middle one up.)

But in the midst of all of the chasing, herding, explaining and insisting that marks these years there is also, of course, magic and wonder. Everything is so new to a young child, and as he or she works to explore and make sense of the world around them, we are privileged to travel with them on this journey of discovery, to see things through their eyes.

And they say the weirdest, most delightful things, don’t they?

Being that our daughter, Emily, was our first-born, we of course have more data on her. My son, Sam, never lets us forget this, convinced that the paucity of photos and observations marking his early years means either that he was adopted, or that we didn’t love him as much as we did his sister. Truly, like most parents, our recording secretary energy just petered out one day, and we became more interested in living the moments with our children than in saving them for posterity. I feel bad for Sam, but there you have it. 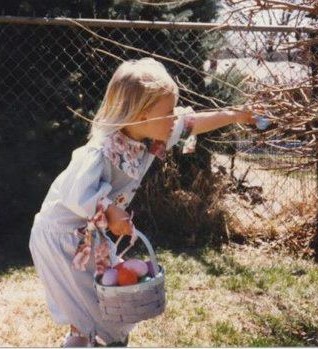 So we wrote down a lot of the things Emily said during this time. And as I look back through the small notebook reserved for this task, I find that a lot of her observations were pretty funny. Like the time when, after a very unusual noise came from Emily’s direction, I asked her, “Was that a toot?” and she replied, “No, it was a toot in my mouth.” Or the time she held her eyes in a wink at the dinner table and announced, “I have one eye sleeping and one eye up!”

Other times, her observations were heartbreakingly sweet, like on the evening she sat in my lap to comfort me as I teared up after a hard day, put her cheek to mine in a soft hug, and whispered gently, “Mommy, you got your sad on my face.”

Her most repeated comment, however, usually precipitated by either her father or I invoking parental privilege and attempting to steal a bit of food from her plate, was: “That’s mine; you have yours!”

Now, there was a lot going on in that statement. Yes, my young daughter was absolutely claiming what was hers, like any good capitalist toddler would. And she was, of course, engaging in that toddler willfulness I mentioned earlier. But I believe she was also asserting, to herself and to us, that she was Emily and we weren’t, thus exhibiting the beginnings of a healthy delineation of self and other. She was beginning to know, and do, Emily.

Doing Me Again
At the age of 48, a year after a cross-country move to a newly empty nest, as I work to explore and make sense of this new life I’m in and notice myself taking those same baby-steps toward selfhood now that Emily took so many years ago (yes, at the age of 48 I am doing that again), I find that I lean on Emily’s childhood observation like a mantra. 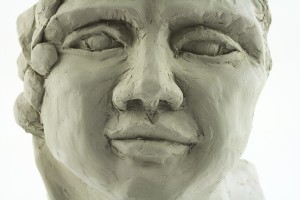 Carving out my identity, my desires and my beliefs from those around me, like a sculptor scraping and slicing to reveal the bust that has been, until just this moment, surrounded by extra clay, I work through the possibilities and make the decisions:

And as I scrape, cut and smooth my clay, I speak Emily’s words: “That’s mine; you have yours.” Sometimes I speak them loudly, brazenly. Other times, more softly and tentatively. But I assert these words on a daily basis, and they help me find my self.

I am trying, like my daughter before me, to do me.

But it’s scary.
Yes. It turns out that sticking out, going against the grain, is hard, scary work, even at the age of 48, and some days I’d rather some other snowflake took the risk.

Because it feels so much safer to just go with the prevailing wind. There is strength in numbers, isn’t there? And comfort in having my perspective affirmed by others. After all, how could we all possibly be wrong?

But there is also sameness in a numbers. And stagnation. And a lack of something. What was it? Oh, right – authenticity.

Here’s the thing that I’m just figuring out. We think we are doing the world and ourselves a favor by holding back our true selves, like if we gave it our all, our REAL all, it might upset a cosmic balance or something or, even worse, people might gasp and mutter to each other things like, “Who does she think she is?” and “What the h___ is she doing?” Or at least this is how I think.

But the reality is, when we dumb down our presence in the world, when we “sand off the interesting edges” as Seth Godin remarks in a recent blog post, we are actually withholding the one unique thing we have to offer – our singular perspective, the way that our particular brain and heart has tried to make sense of our particular set of experiences. No one else can offer this. No one.

Emily Still Has Hers
My daughter inspires me even now. She is graduating from college next month, and has discarded all of the usual post-college options like graduate school and psychology research positions and has chosen instead to spend a year by herself in Cape Town, South Africa helping people. “That’s mine; you have yours.” She’s still doing Emily.

So, inspired once again by my daughter, I keep scraping, cutting, getting down to me. Doing me. And, all the time, repeating my mantra: “Do you, little snowflake.”

—————————————-
What about you? How are you doing you? Any lessons learned along the journey? Feel free to share your experience in a comment below.

And if this post got you thinking, you might also want to check out There is a First Time For Everything or these other posts on the process of change.

This entry was posted in Out Of My Mind, The Change Process and tagged change, independence, self esteem, self-improvement. Bookmark the permalink.

5 Responses to “That’s Mine; You Have Yours.” – Why You Should Do You